To Fight Off a California Dust Bowl, the State Will Pay Farmers to Reimagine Idle Land 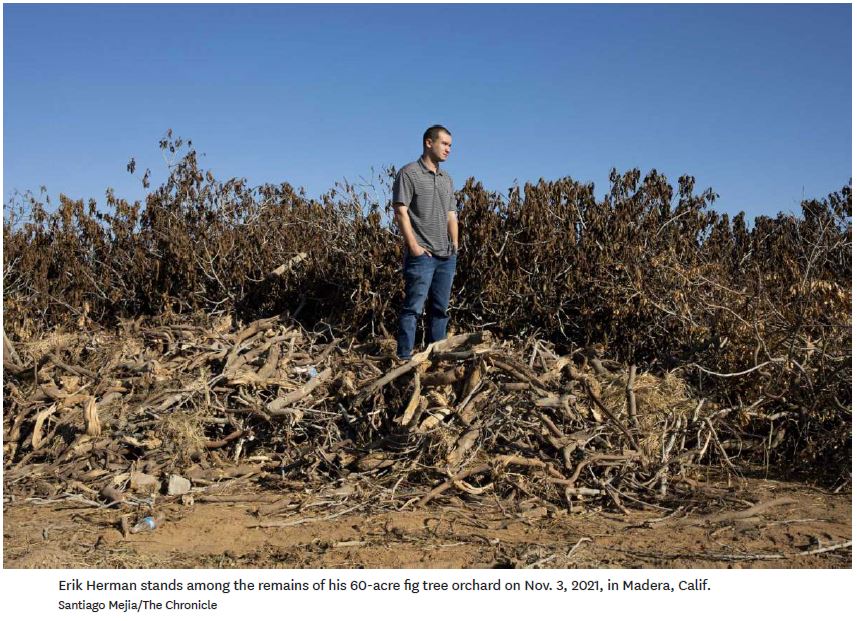 Farmer Erik Herman said he couldn’t help but feel a tinge of remorse as he looked out over the dirt field where an orchard of 8,000 fig trees stood until earlier this month when they were uprooted by bulldozers in the name of conservation. The orchard, seven miles outside Madera in the sprawling San Joaquin Valley, is another casualty of the water shortage that is forcing farmers in the nation’s top producing agricultural region to abandon otherwise fertile ground en masse.
Tractors barreled past on a recent morning, kicking up clouds of dust as they yanked out tree roots still hidden under the soil. Herman walked through the once thriving orchard, nodding to heaps of dead tree trunks stacked densely in the center of the field.  “It’s just sad to look at, it’s sad to see,” Herman said. “But it’s what has to be done. There’s not enough water to pump to keep them alive.”Herman’s family has farmed in this area for four generations, but California’s exceptional drought and new restrictions on groundwater pumping are forcing them to do what was unthinkable until just a few years ago: uproot tens of thousands of fruit and nut trees and leave the land barren. Kevin Herman, Erik’s father who runs their specialty crop business, said he has no idea what to do next with the 300 acres, the equivalent of about 32,500 trees, they plan to raze this fall. He worries what will happen to farming towns across the valley as thousands of fields and orchards are suddenly left idle.

“It’s just going to sit there. It will probably never be farmed again,” he said. “We will be a good neighbor and keep the weeds down. To the extent that we can, we’ll keep the dust down, but that’s a tough one.”  Herman’s dilemma reflects the struggle that California farmers face figuring out what to do with their growing ledgers of unsowed land.

Farmers are being forced to fallow — a term for plowing land and leaving it unplanted — their fields and orchards in unprecedented numbers due to two factors exacerbating the water shortage: droughts are becoming longer and more severe due to climate change; and the state has begun to implement the Sustainable Groundwater Management Act, new restrictions designed to stop growers and other users from depleting aquifers. California is in the middle of one of the worst recorded droughts in state history, and recent rainstorms aren’t nearly enough to fix the state’s water crisis. The lack of rain, exacerbated by record heat last summer, has only increased the amount of unsustainable groundwater pumping.

According to a 2019 analysis from the Public Policy Institute of California, farmers in the San Joaquin Valley could be forced to fallow as much of 750,000 acres due to limits on pumping. That’s roughly the area of 1 million football fields. But farmers and environmentalists worry that the solution being forced on many farmers – reverting so much land to unproductive dirt-covered lots – could create its own environmental hazards by inviting dust, invasive weeds, and other pests.

To mitigate such harms, Gov. Gavin Newsom and legislators set aside $50 million in this year’s state budget for a new program to help farmers repurpose fallowed lands for new uses, such as wildlife habitat or groundwater recharge basins. The state is drafting rules for the program that could launch early next year. “It’s certainly not saying that agriculture is going away,” said David Shabazian, director of the state Department of Conservation, which will oversee the effort. “We’re trying to find ways that we can help these communities stay viable. It’s providing alternatives.”

Ann Hayden, an expert in climate-resilient water systems at the Environmental Defense Fund, an advocacy group that pushed for the program, said farmers in the Central Valley face an unprecedented challenge as they fallow large swaths of land that have been continuously farmed for a century. If they don’t get help, she said, everyone in the region could suffer.  “We’re already seeing signs pointing toward a future dust bowl for the Valley,” Hayden said. “We want to create a different future, where communities are enjoying the air quality and the water quality that they deserve.”

She said recent dust storms in Kern County, where the sky turned dark brown, have illustrated the urgency of the problem. The San Joaquin Valley, the southern half of California’s Central Valley, continually has some of the nation’s worst air quality, with high levels of ozone and particulate pollution. State orders 4,500 cities, farms to stop drawing river water, including San Francisco. Under the grant program, local organizations such as irrigation districts or municipalities will receive block grants, funding that must then be doled out to help farmers convert their land to uses that aim to improve air quality, conserve water, or provide other community benefits.

Among the likely options for repurposing fallowed lots:
• Restore wildlife habitat, such as scrub and grasslands native to the Central Valley, which could provide territory for migratory birds and endangered species such as the San Joaquin kit fox, giant kangaroo rat, and blunt-nosed leopard lizard
• Build groundwater recharge basins, which are reservoirs used to capture excess water from heavy rainfall or spring river runoff and use it to replenish aquifers
• Develop parks or community recreation centers
• Revert it to seasonal wetland habitat or flood plains, which were once common along rivers in the Central Valley.
• Create new energy sources, which could include solar farms or facilities that turn biomass, such as the byproducts of crops, into energy
• Convert it to less water-intensive types of farming, such as dry cover crops or grass rangeland for raising cattle or other livestock

Details of the grant program are still being sorted out, but state officials said they will likely announce guidelines and start accepting proposals for block grants by early next year. Several farmers who spoke to The Chronicle, including Kevin Herman, said they’re eager to see the rules, such as whether they could get water credits for building recharge basins. They also wonder if the grants will be enough to cover the cost of retrofitting farmland for new uses.

“No one likes to spend money without knowing what you’re getting for it,” the elder Herman said. “There’s still a lot of uncertainty in the details.” Jon Reiter, a water consultant, and farmer from Fresno, said many growers don’t have the know-how or money to convert their land for a new use, which could require grading and replanting vegetation. He said many farmers are already struggling to survive the drought. “They may not have the resources to get to a ‘Plan B,’” Reiter said. “It’s hurting the smallest guys.”

Funding for the grant effort, officially dubbed the Multibenefit Land Repurposing Program, is part of the budget that took effect in July. At one point, Newsom proposed funding the program with $500 million, but that amount was later scaled back.  Assembly Member Robert Rivas, D-Hollister, who grew up in a farmworker family on the Central Coast, proposed the idea for the program earlier this year, along with Assembly Member Rudy Salas, D-Bakersfield. Rivas said he sees the issue as a matter of social equity. He said many of the rural towns being forced to fallow land are already low-income areas with large populations of migrant workers. Rivas said the program is designed to help those towns find meaningful uses for their idle lands, uses that could help create jobs. “They deserve more, and they deserve to have the best quality of life possible,” he said. 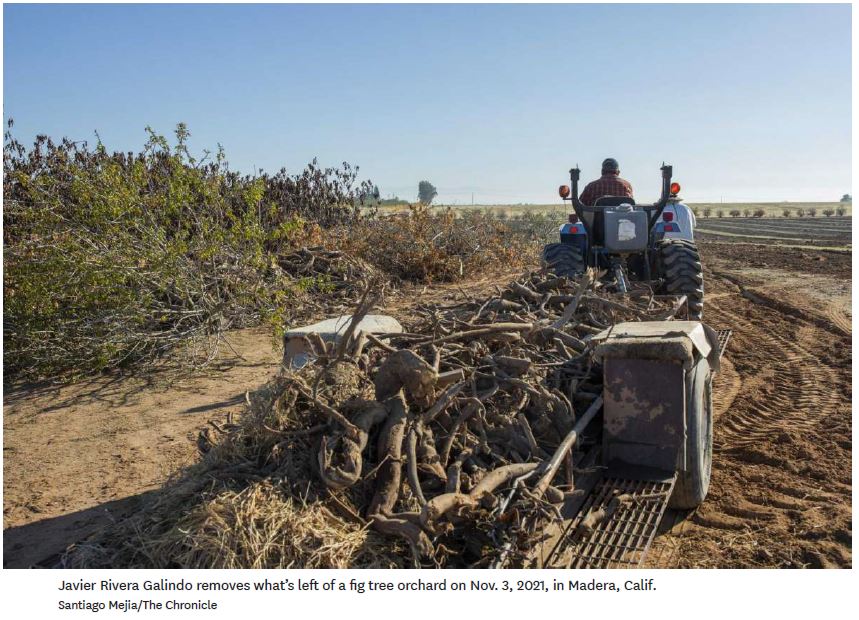 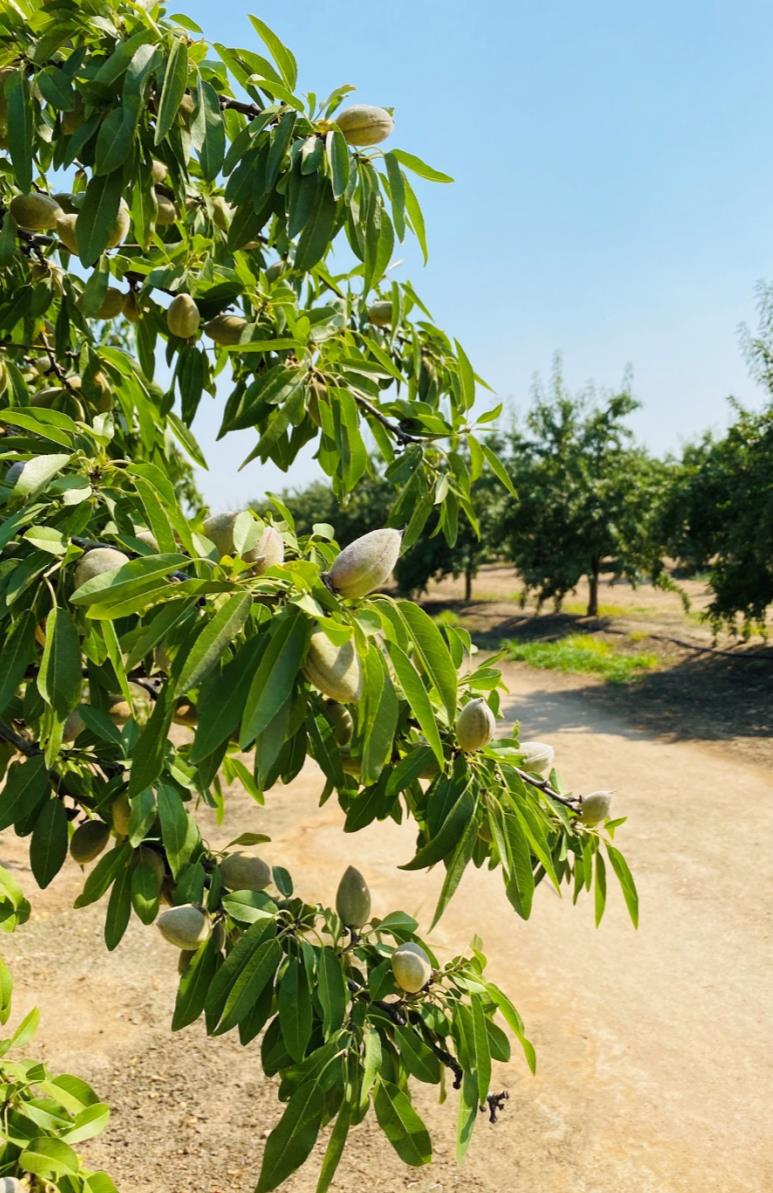 With overdraft for Madera County as a whole estimated at 260,000 acre-feet per year with the 2015 crop mix, the County has been referred to as “ground zero” for the Sustainable Groundwater Management Act (SGMA). As one of several demand management actions, the County is undertaking a study to develop a Sustainable Agricultural Land Conservation (SALC) program. The program would incentivize setting land aside for dry land farming, or retiring the land for a short or long duration, helping ensure that the SGMA groundwater sustainability goal is met while using existing and future water supplies efficiently and promoting groundwater recharge to maintain a productive agricultural sector for future generations.

One component of the study will develop criteria for different types of agricultural land in the county, and features of that land that may align with program goals. The land criteria will help evaluate the suitability of land for conservation, evaluating elements such as soil suitability, recharge areas, prime farmlands, existing crops, and proximity to water infrastructure. It will also assist in identifying lands that may be beneficial to other planned projects in the GSP or provide co-benefits through temporarily resting (not using as irrigated farmland), permanently retiring, retiring and restoring, or permanently protecting lands. 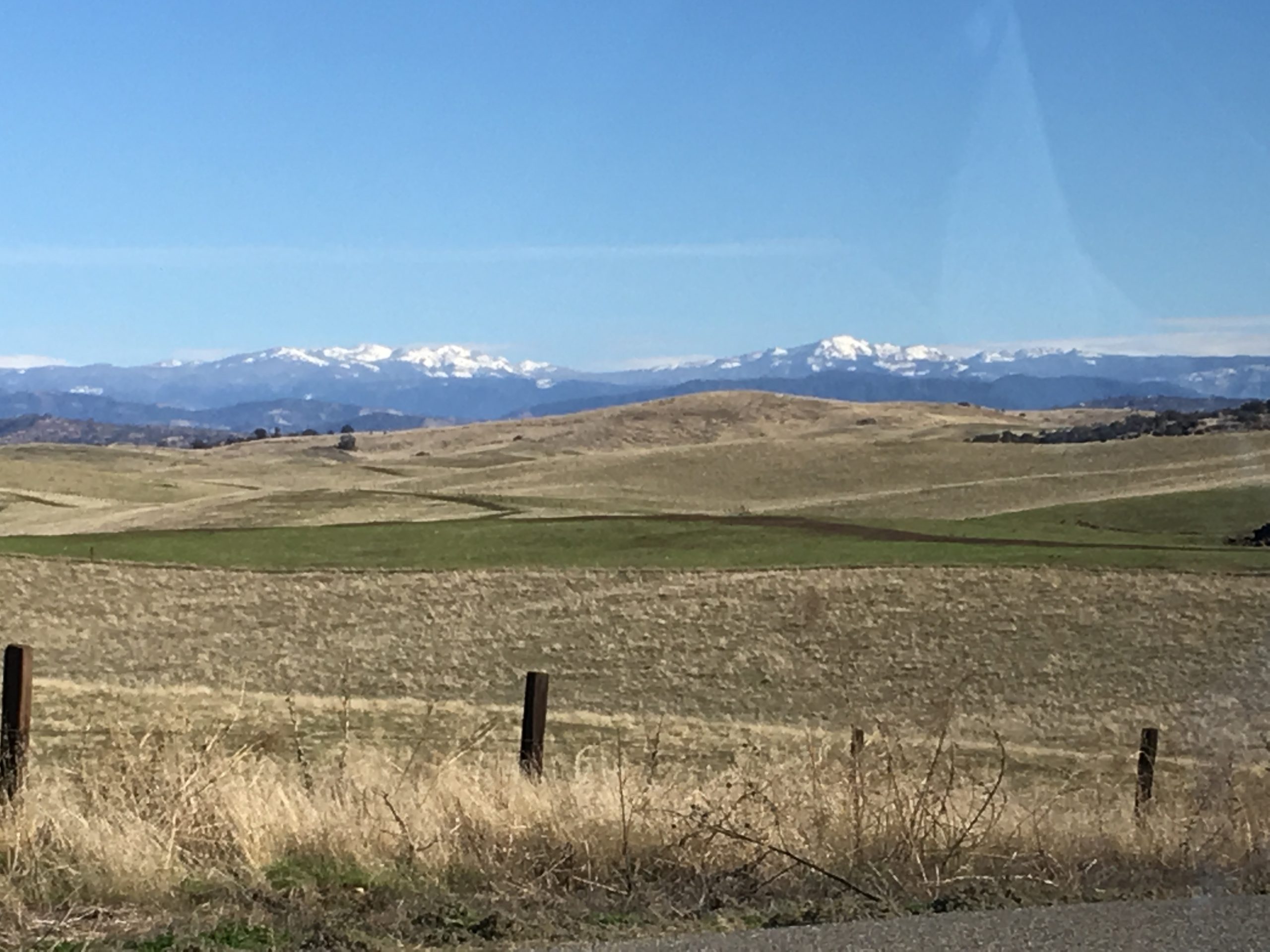 General land categories identified in the study of the SALC program include:
• Unirrigated land that may remain unirrigated

• Irrigated land that may become unirrigated

• Irrigated farmland that may remain irrigated 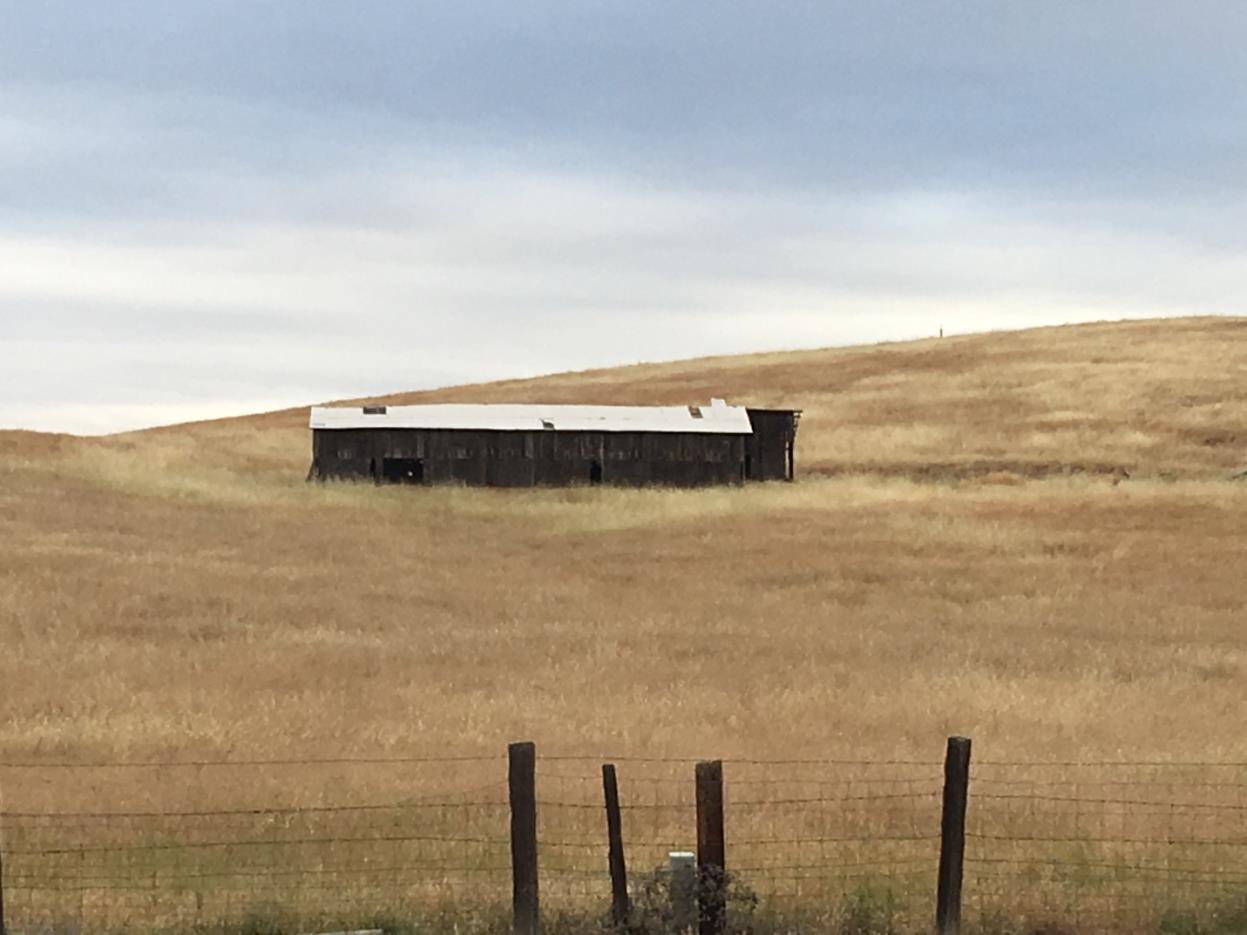 In addition to conforming to a diverse range of existing federal, State and local policies, guidelines and regulations, the program will be informed by stakeholder input. Stakeholder outreach will include an education component, focused on keeping the general public apprised of progress on the study, and an input-gathering component. Input will be collected at GSA meetings, through stakeholder interviews, and through a working group. Throughout the study period, interested parties will be able to provide input on the program at GSA meetings. The stakeholder interviews will be conducted with individual interest groups at the outset of the project and will identify areas of agreement and difference in their interests. After analyses of land categories and incentive structures have been conducted, the working group will provide additional input on particular program components that would benefit from a multi-interest stakeholder group discussion.